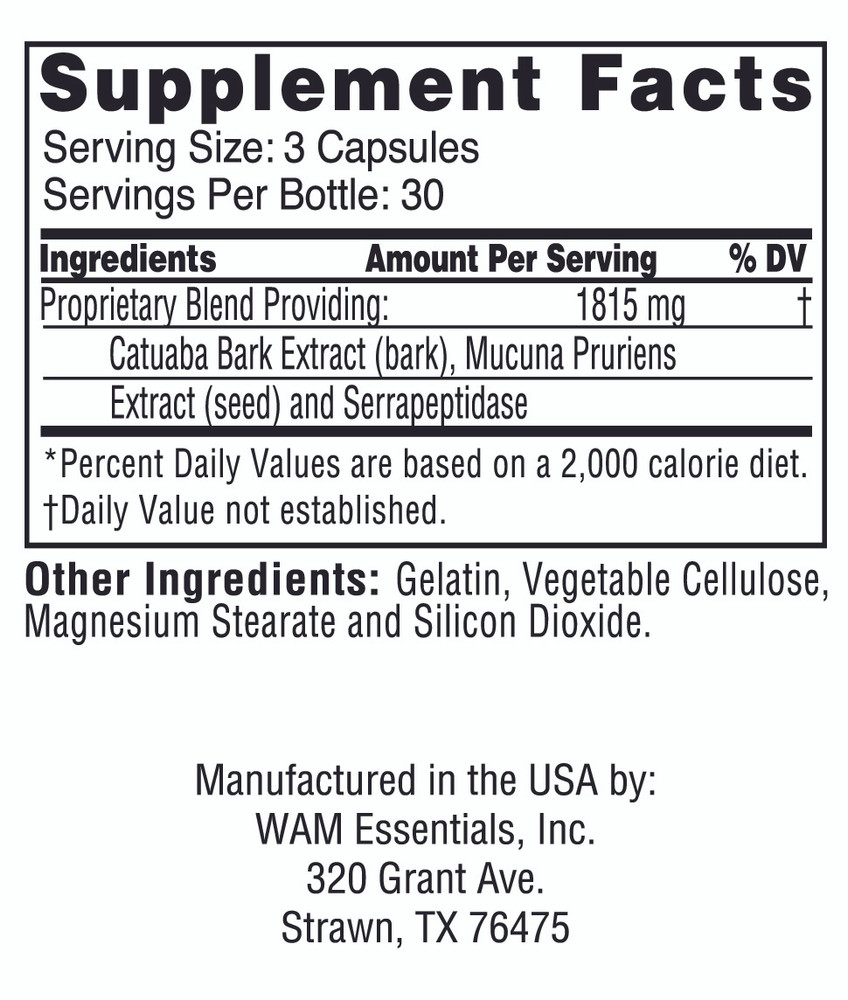 Dr. Wong's Essentials® Enkindle® is a full strength herbal extract designed to increase sexual desire (libido) and intimacy in both men and women.* It is not an erection enhancing or anti-ED product. Can and should be used by both men and women in combination with Andeanessence Maxx™ for libido, hormone-enhancing, and anti-aging benefits.*

Catauba is extracted from the bark of some trees (including Erythroxylum vacciniifolium, Trichilia catigua, Juniperus Brasiliensis, etc) native to Brazil. In traditional Brazilian medicine, it is used as an aphrodisiac and libido stimulant in men and women.*

Mucuna Pruriens is a tropical legume from an annual, climbing shrub with long vines that can reach over 15 m in length.
Mucuna Pruriens seeds naturally contain high concentrations of levodopa, a naturally occurring direct precursor of the neurotransmitter dopamine,* which has been the primary reason it has been used in traditional Ayurvedic Indian Medicine[1][2] In addition to levodopa, Mucuna also naturally contains Serotonin (5-HT), 5-HTP, Nicotine, N,N-DMT (DMT), Bufoteneine, and and 5-MeO-DMT.*
L-Dopa contains natural secretagogues which may support the body's ability to maintain it's own natural release of growth hormone.* An increase in l-dopa levels may also support the body's normal production of healthy hormones allowing the it to a maintain a normal, healthy sex drive and normal healthy sexual performance for both men and women.*

***Do not use this supplement if you are or think you may be pregnant. Discontinue use if you become pregnant.***

These statements have not been evaluated by the Food and Drug Administration. This product is not intended to diagnose, treat, cure or prevent any disease.